Despite presenting himself as nonpartisan, Ed Wallace linked to two stories on the socialist web site Mother Jones from the May 22nd 2021 edition of his Inside Automotive news aggregation web site. Mother Jones is a far left magazine named after one of the founders of both the Social Democratic Party and the Industrial Workers of the World (as per Britannica encyclopedia). 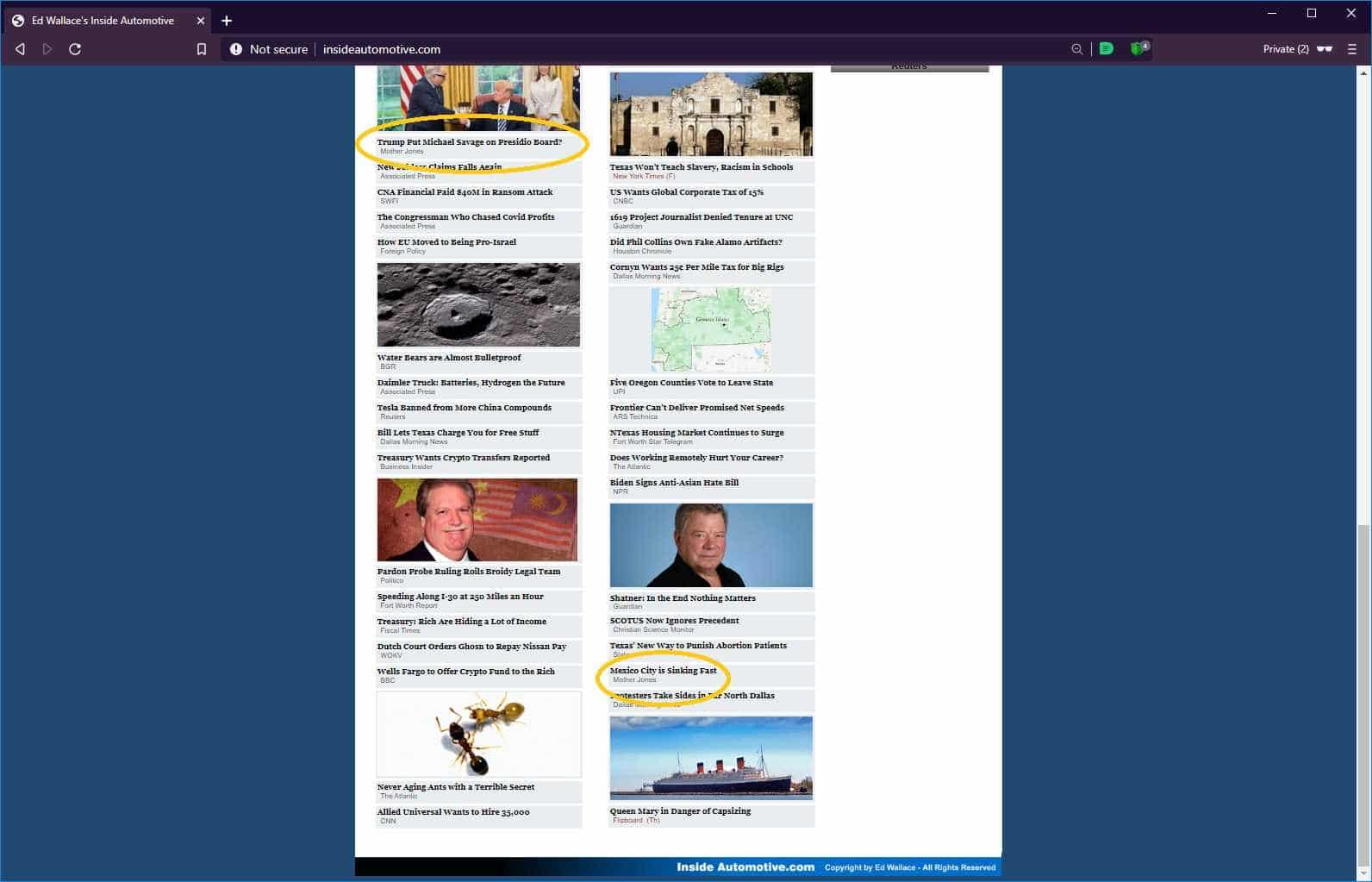 Wallace appears ashamed of his affinity for Mother Jones, as he continues to omit Mother Jones from his listing of National & International News Sources despite repeated promotion of their content over many years