2021 July 11:  Ed Wallace Concedes That Mother Jones Is Not Credible

In the July 10th, 2021 edition of Wheels, Ed Wallace concedes that Mother Jones Magazine is not a reliable news source.  Wallace states that ♫ “Again, this was not Mother Jones Magazine ...", then going on the declare the criticism of the insurance companies is valid because it was reported not by Mother Jones but instead by a reputable source (in his opinion): The Wall Street Journal.

Multiple times every year, Inside Automotive links to an article at Mother Jones as a news source.  Sometimes twice in one day.  Mother Jones is a far left magazine named after one of the founders of both the Social Democratic Party and the Industrial Workers of the World (as per Britannica encyclopedia). 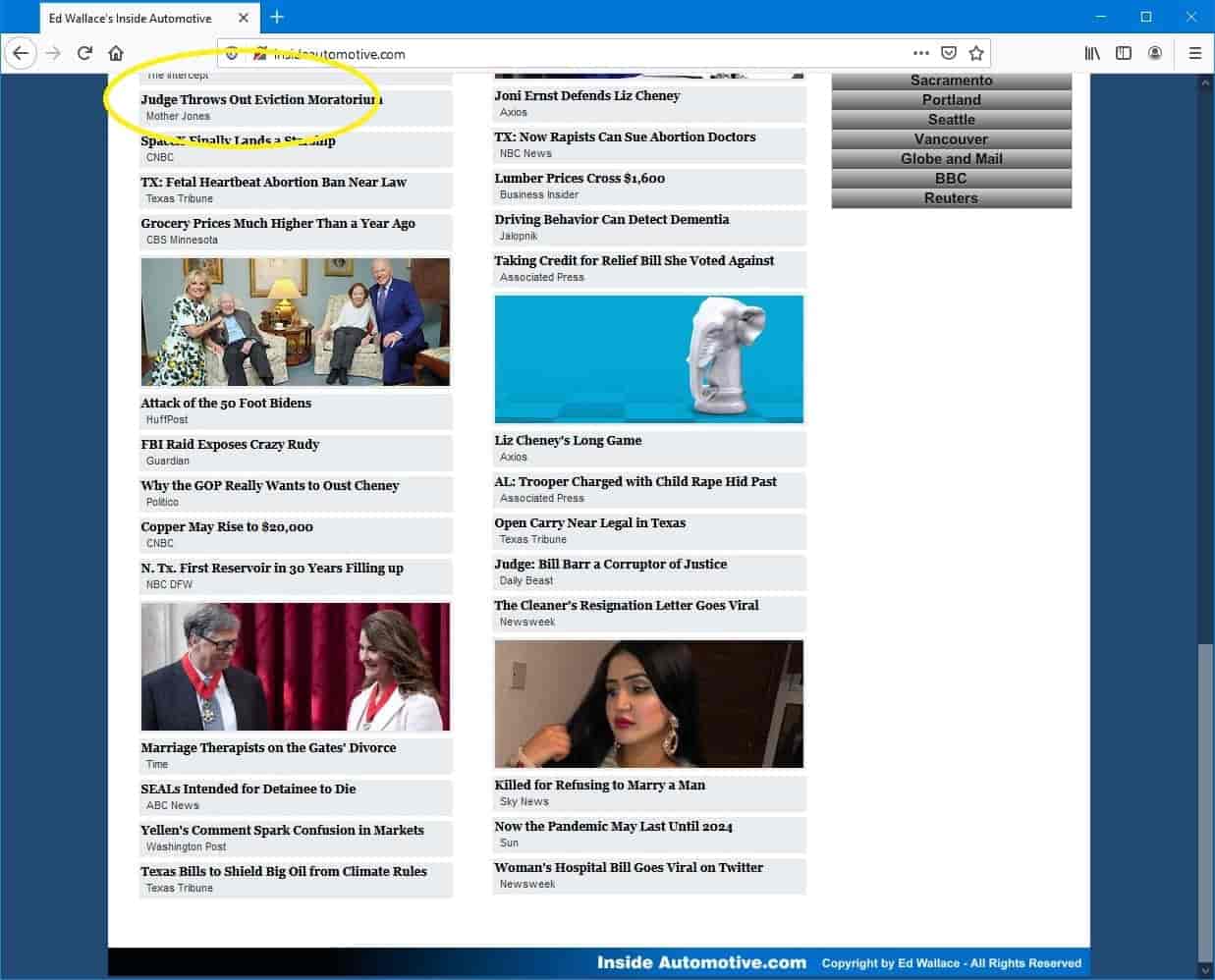 To conclude, Wallace concedes that Mother Jones Magazine's reporting is biased and unreliable, yet he continues to link to stories on it.  And he obfuscates this usage by not including it in his listing of National & International News Sources. 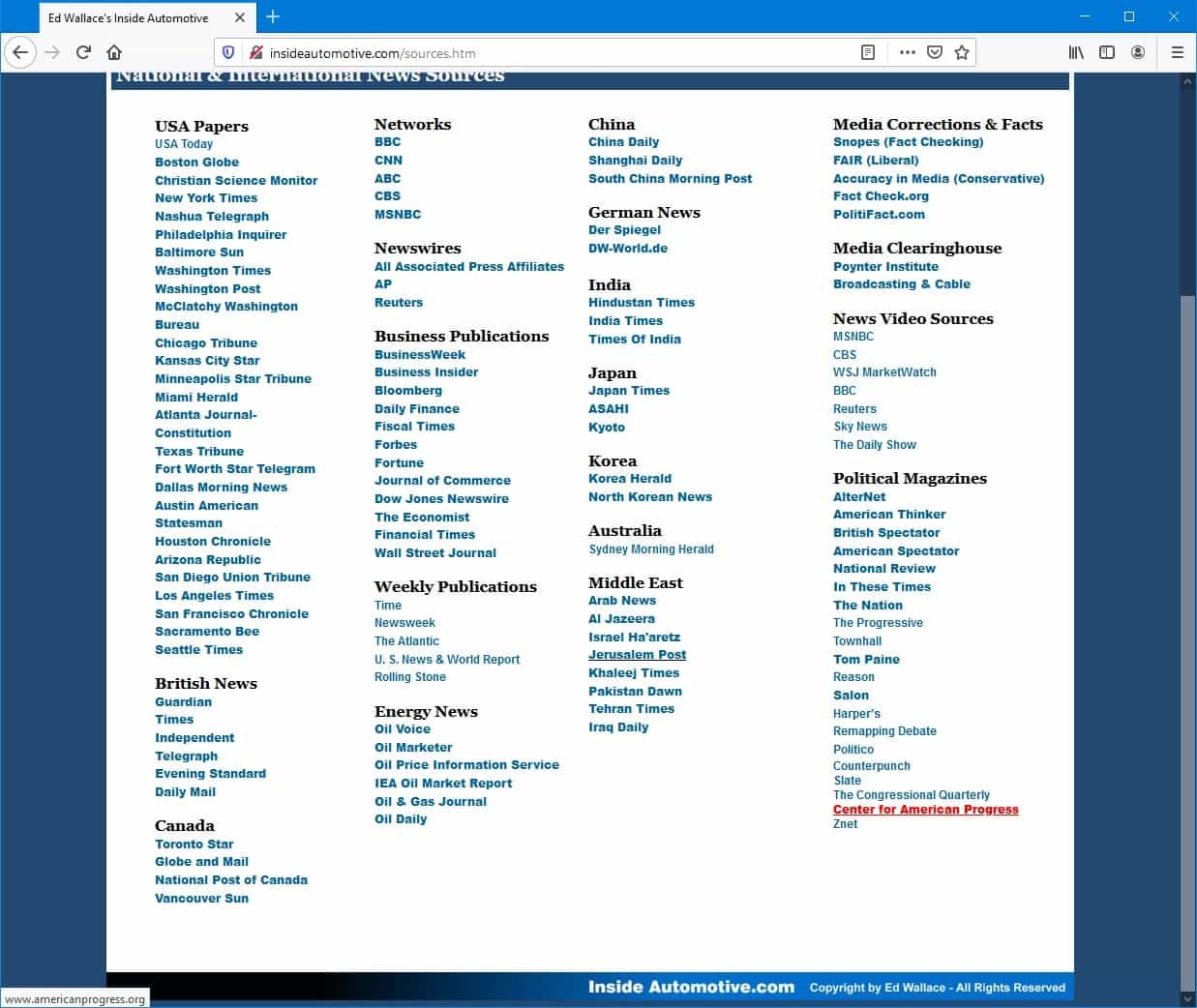