Ed Wallace again hurls insults at a radio host who left KLIF in 2006.  Wallace never said anything on air while about Darrell Ankarlo while he was on KLIF and could respond.  Instead, Ed Wallace in 2006 waited until just after Ankarlo left the Dallas market, and then smeared him on air.

A 2012 car accident resulted in Darrell Ankarlo suffering a traumatic brain injury, which forced Ankarlo to leave his radio career.  To salvage some good from a bad situation, Ankarlo started The Ankarlo Traumatic Brain Injury (TBI) Project to raise awareness and resources for TBI sufferers. 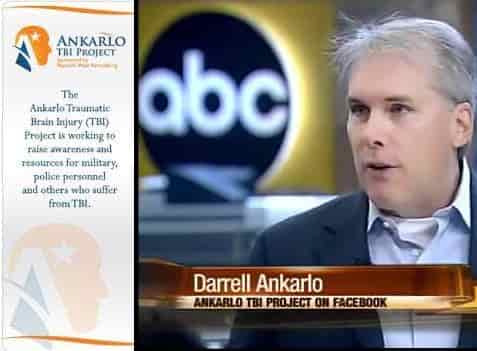 Also during the same September 11, 2021 Wheels show, Ed Wallace tells an audience member to "♫ Go To Hell !" for disparaging someone who is not around to refute points made at their expense.  To apply that standard consistently, Wallace should tell himself the same.