Most Friday mornings, KDFW's Good Day show included a car review by Ed Wallace.  While these segments were generally mediocre, entertainment could be had by looking for that soda can that Wallace insisted be modeled by every featured vehicle.

The April 15. 2022 edition of Wallace’s car reviews was his last on Fox 4.  So, never again will Dallas have to suffer through watching this Fox reporter botch a car review. 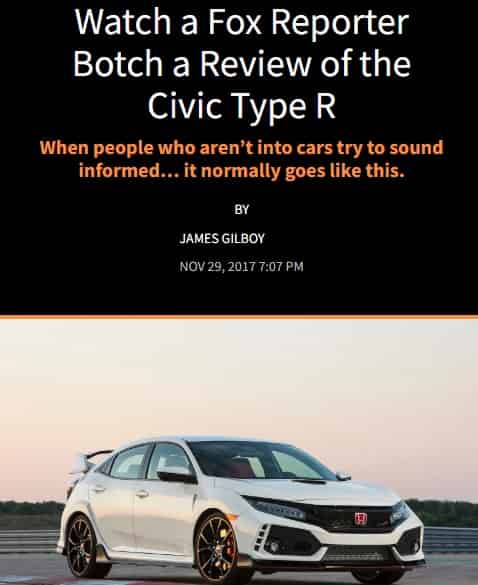 As reported by The Drive:

”Put on assignment to discuss the new Honda Civic Type R (which arrived in the U.S. market for the first time earlier this year), Mr. Wallace's review of the car, uploaded earlier this month by the network to its YouTube channel, has since garnered online attention for its volume of misinformation.”

That particular car review was also skewered on Reddit and on the honda-tech.com web site.

Perhaps it was preordained that Ed Wallace's car reviews ended on Good Friday.  As it seems others in the Dallas area also held Wallace’s work in low regard and sent the Easter Bunny to enhance his broadcast.

On the whole, his car reviews were serviceable enough for a local morning news show.  There were constraints on time and on content that blocked Wallace from pushing his usual partisan nonsense.  As such, let Ed Wallace’s car reviews hop off into the sunset without any further comment.