Except for perhaps reflecting upon himself, no topic gets Ed Wallace more animated than that of automobile manufacturers selling directly to consumers such as Tesla. And there is no bigger advocate for the Texas law that requires carmakers to engage an independent franchisee for new vehicle sales. Wallace's defenses for that law vary over time, rotating through them as they lose persuasive heft. One day he will claim it provides “consumer protection".  The next day, it is that the law preserves the dealers’ property rights. Other days he pouts that direct sales are simply unfair.

Never mind that 22 states currently allow all manufacturers to sell directly to consumers. Yet, there no great collapse of dealerships in those states, franchised or otherwise. In practice, both sales models can co-exist and succeed. But Ed is beholden to his sponsors, all of which are franchised new car dealers. So Wallace advocates for laws that maximize their profits, such the one constraining competition against franchised new car dealers. That these policies inflict added expense upon his audience is a lesser concern.

Not that the above mercenary actions are against his beliefs, as Ed frequently celebrates the virtues of big government. Hardly a Saturday passes without Wallace opining a desire for more government ownership, control and regulation to remedy some concern.

And given that, from the repository of tales bestowing the timeless wisdom of being careful for what one wishes, Outside Automotive presents the world premiere of  "The Franchisees" music video:

For those unfamiliar with "The Trees" by Rush, the following live action music video is submitted for your approval: 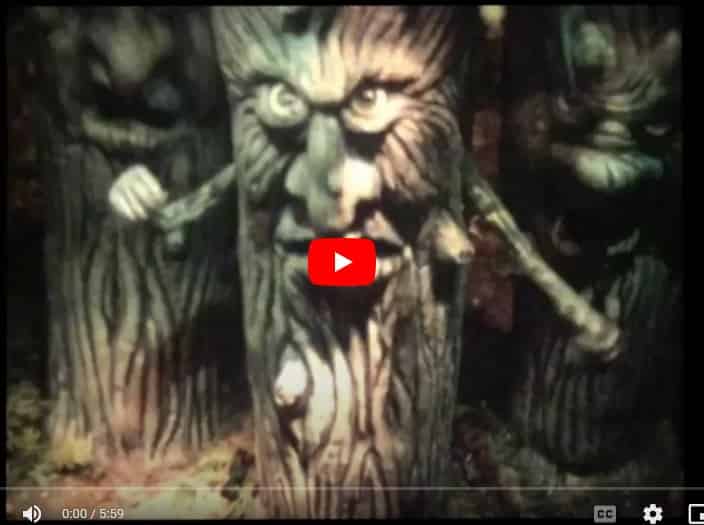 Former President Ronald Reagan considers the nine most terrifying words in the English language to be: “I’m from the government, and I’m here to help.” Wallace seemingly takes no notice. And it is doubtful that Ed can ever be dissuaded from his Marxist ways.

One can only hope that the Wheels audience is never subjected to Ed Wallace and his covey of sponsors joining in chorus to sing the labor anthem “We Shall Not Be Moved”.