Among the targets that Ed Wallace most relishes lampooning are those he considers “Karens”, particularly those who are private Dallas-area citizens caught in the public eye when acting out well below their best behavior. “Karens” are known to demand special treatment, often with an entitled do-you-know-who-I-am attitude. Of course, the only ones whom Wallace highlights are those perceived to be conservative.

Yet, during the December 24, 2022 edition of KLIF Wheels, Wallace gleefully recounts his tale of going full “Karen” on a small car wash chain. In his own words, his story is as follows:

What is particularly disturbing was Wallace’s reaction to Zips Car Wash’s refusal to provide a refund. Wallace immediately touted his position in the media; implying bad press is coming their way if his demands are not met.

So, when the vendor then offered what he considered an inadequate refund amount, Wallace told the business that his privileged media position made the story more valuable to him. And, true to his word, Wallace lambasted the car wash in three lengthy segments over the course of that show. Perhaps Wallace learned something from the Boston mobster with whom he dined. 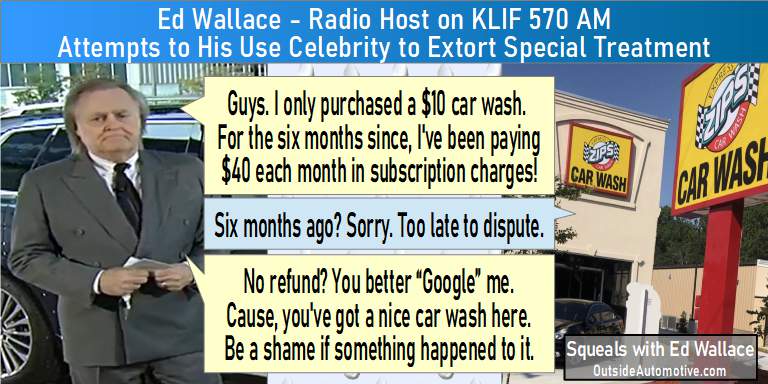 All of the above raises the question of what Wallace would have done had Zips Car Wash acquiesced to his demands. Would the story still have been broadcasted to warn his audience of issues with the car wash’s billings? Or would his silence have been purchased?

Compare the above to another far-left celebrity advocate who looks out for consumers even when doing so does not put more dollars in his pocket. Rick Steves is a travel writer who hosts television and radio travel shows. His actions were as follows after feeling defrauded: 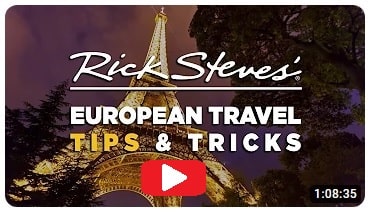 Upon feeling defrauded, Rick Steves does not seek to leverage his fame into compensation unavailable to the general public. Instead, Steves exposes the scam to his audience.

Going back to the original story, Zips Car Wash erroneously charged Wallace. But, if one uses a credit card, one is responsible to verifying the charges when the statement arrives. After the statement arrives, one has 60 days to dispute the charge with the credit card issuer should the vendor refuse to correct the matter. Those terms are reasonable. And Wallace’s negligence in waiting so many months before checking his statements resulted in no refund initially being offered.

Furthermore, Ed Wallace and John Ingram announcing over the public airwaves that they do not monitor their credit card accounts dispels any notion that these guys are smart and can handle things, as any thieves listening now know whom to target.

And with that, keep on travelin’…