Ed Wallace uses his Inside Automotive website to promote false narratives as news.  And that is the case with his aggregation of links to Rittenhouse stories during the court proceedings.  Click here to read Outside Automotive's prior summary of the Rittenhouse case and Wallace’s coverage of such at that time.

When the Rittenhouse trial began on November 1st, Wallace's tone is mostly neutral with links to straight news stories (although some with elements of bias).  Then, as the case against Rittenhouse falls apart, Wallace’s link labels deviate the article’s actual title in order to emphasize something negative to Rittenhouse while omitting anything favoriable to Rittenhouse.  Instead of continuing to link to news articles that present a comprehensive view of trial's progression, Wallace switches to link to opinion pieces that criticize Rittenhouse or the trial judge.  This is Ed Wallace go-to move when facts do not support his false narratives (i.e. Wallace’s promotion that border patrol used whips, which was an obvious lie).  Via biased story curation and adulterated link labels, Wallace manufactures a fictional narrative that pushes a perspective where anything but a guilty verdict for Kyle Rittenhouse is a miscarriage of justice.

The most critical point in the whole trial occurred on November 8th, which is when prosecution's witness Gaige Grosskreutz was cross-examined.

Per the AP:  But during cross-examination, Rittenhouse defense attorney Corey Chirafisi asked: “It wasn’t until you pointed your gun at him, advanced on him … that he fired, right?”

“Correct,” Grosskreutz replied. The defense also presented a photo showing Grosskreutz pointing the gun at Rittenhouse, who was on the ground with his rifle pointed up at Grosskreutz.

Inside Automotive linked to an article on November 9th whose title leads with this admission by Grosskreutz.  Ed Wallace omits this admission in his link label to that article.  Instead, Wallace manufactures a false narrative that casts Grosskreutz as a hero:

The court case was over at this point, and when one reviews the story curation / link labels after November 8th, one sees Ed Wallace accept defeat.  With the facts undermining his preferred narrative, Wallace begins linking to opinion pieces.  All Ed Wallace can do is use his story curation and link labels to throw shade on Rittenhouse, the judge, and anyone else who does not agree with his perverse view of the world.

Given his deceitful practices on Inside Automotive website, Ed Wallace should hang his head in shame just like the prosecutors did after their star witness delivered testimony that supports a not guilty verdict by virtue of self defense. 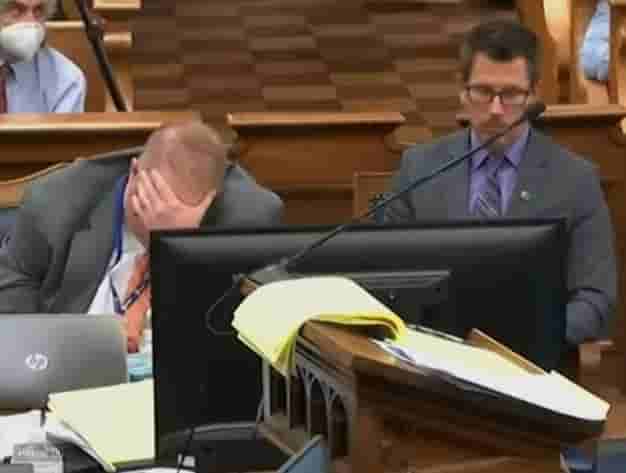