One cannot listen to Wheels with Ed Wallace for long without hearing him tout the reception of journalism awards. Virtually every show includes this recorded blurb embedded within one or more of the show’s commercial breaks.

And, much too frequently, Wallace recounts, live on air, the reception of these past honors. For Ed, no topic holds higher stead than himself. Yet, upon closer examination, these “awards” might be less than they seem. 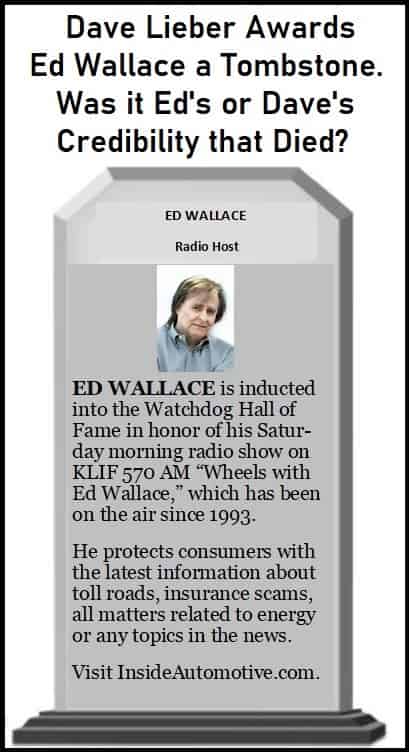 His most recent "award" is from The Dallas Morning News consumer advocate David Lieber. At the tail of 2021, Lieber inducted Wallace into the Watchdog Hall of Fame, presenting him a virtual award that more closely resembles a tombstone than a trophy. Operating in opposition to the values espoused by a consumer protection award, Wallace himself states that he is ♫ not a consumer advocate, as his assistance is reserved to those who spend money with his sponsors. As to why Lieber is promoting Wallace, one should note the nature of Lieber’s relationship to Ed. Wallace occasionally refers his listeners to Lieber and links to Lieber’s Dallas Morning News articles from his Inside Automotive web site. So, the induction seems more of an exercise of “quid pro quo” than anything else. 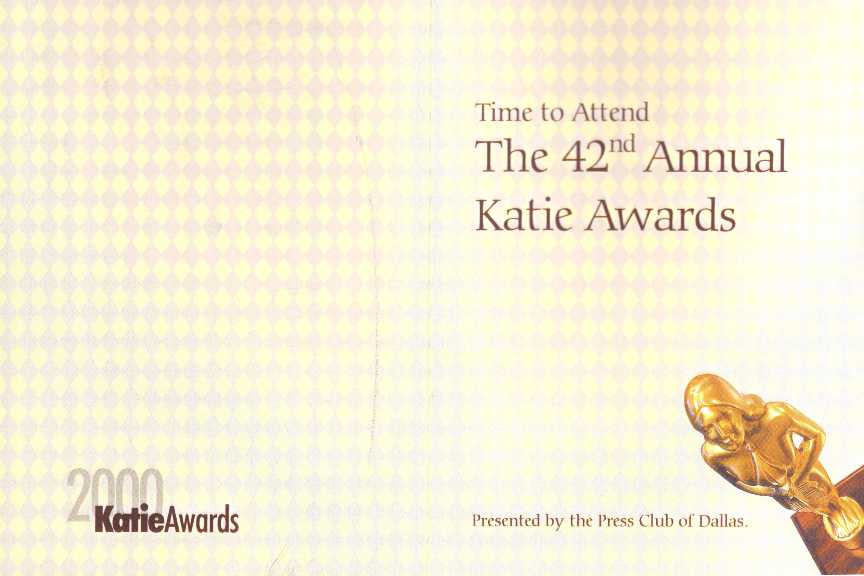 In the year 2000, Wallace received a Katie Award in the documentary category for his "The 100 Greatest Events in the History of the Automotive Industry" presentation. And its reception is noted within the aforementioned recorded blurb. What listeners might not know was that the Katie Awards were completely discredited for the years 2004, 2005 and 2006. The Press Club of Dallas (PCD) presents the Katie Awards. News reports state that the PCD President Elizabeth Albanese solely determined who won those years, thereby bypassing any actual judging and gifting herself many of the awards. Furthermore, Albanese might have been involved with the Katie Awards as early as 1999.*

“In 1999, "Elizabeth" Albanese took a job at The Bond Buyer. Soon thereafter, she became active in the Press Club. Eventually, she worked her way up to president.”

The program for the 2001 Katie Awards thanks Elizabeth Albanese, but does not specify her role. And, unfortunately, Outside Automotive was unable to obtain a copy of the 2000 program, which is the year of Wallace’s award. Nevertheless, given the lax scrutiny that the Press Club of Dallas gave to both the judging of its awards and to the selection of its staff, the credibility of any Katie Award from that era is highly suspect.

The second award noted in the aforementioned recorded blurb is the Gerald Loeb Award. Wallace received that honor in 2001, which is over twenty years ago. This award might have some substance. However, whereas the award category in which Wallace won was discontinued for all subsequent years, the interest in and competitiveness for that award was apparently waning. Dismissing those reservations, Ed Wallace will happily recount his tale of attending its banquet. Whenever possible. As frequently as possible.

And with that, the faithful to the source material transformation of the above banquet narrative into an episode of The World of Car-Minder Ed “McBragg” Wallace: 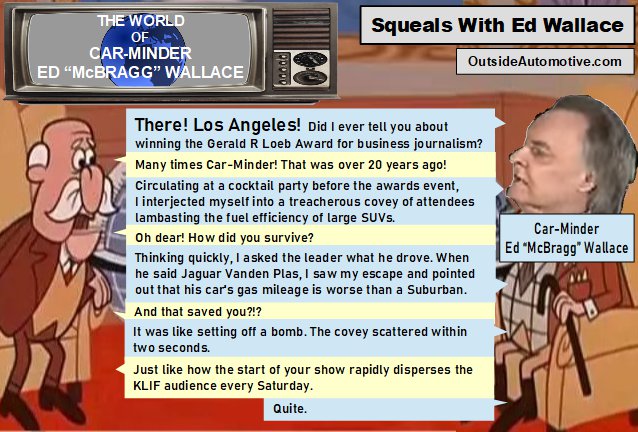 And for those unfamiliar with Commander McBragg and are puzzled by the above graphic, the following is submitted for your approval: