Inside Automotive Relapses into Source Laundering, Despite Being Bit on the Backside of American History
2022 October 19

As covered in May of 2022, Ed Wallace occasionally launders the source of articles to which he links on his Inside Automotive web site. In these cases, the source to which Wallace attributes an article is not the true source of that material, but merely who reposted it. Crediting an article to a generic intermediary appears to be a tactic for obfuscating the overwhelming left-wing bias of Wallace's article curation. 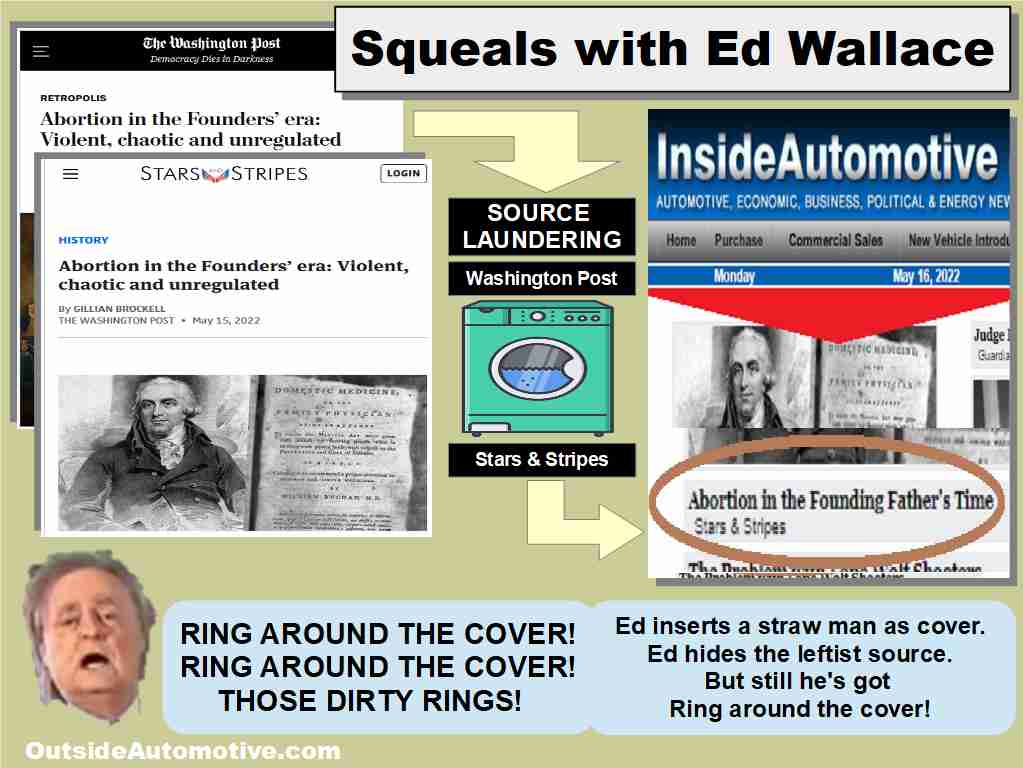 For a brief period (June 5th to June 14th) subsequent to the exposure of this laundering, Wallace began to regularly attribute the true origin of a linked article, especially when the Inside Automotive link itself is to an intermediary (msn.com) that merely reposts the article. 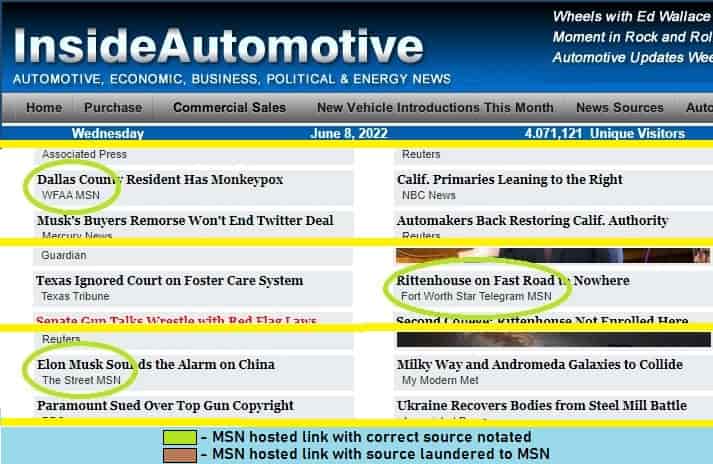 The October 17, 2022 Inside Automotive edition contains three links to articles hosted on msn.com. For two of the links, the source is attributed to “MSN", despite the actual sources being The Washington Post and ABC News. But the third link correctly denotes that the source was The Dallas Morning News, with Wallace going so far to eliminate any mention of MSN.

Why was the third link on that same day different? Well, The Dallas Morning News consumer advocate Dave Lieber wrote the article. Wallace has the appearance of a reciprocal promotion pact in place with Lieber, where one promotes the other from their various mediums. As for those outside that pact, Wallace is less than diligent when attributing articles to the correct source. Yet, Ed’s lax attitude towards this source laundering changes when it happens to his written works. 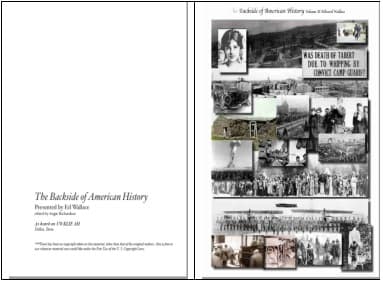 Every Saturday around 9:20AM CST, KLIF's Wheels with Ed Wallace airs a segment called the Backside of American History (BOAH). Created by car salesman turned scrivener, these BOAH segments are an audio CliffNotes of books written by actual historians. Later, Ed transcribed some of these BOAH presentations into written form, resulting in the release of two volumes.

The events that followed the release of those two volumes did not go as Wallace expected. Ed tells the tale as follows:

So, when it comes to his written works, the incorrect attribution is a scandal. In the case of the two BOAH volumes, Wallace is quite upset when Goodreads hosted his books under a different author’s name. Ed fumes that he was the author of that written material, not that impersonator. Ed wails that Goodreads was not the real source, as that site merely reposted a copy for download. Yet, on his Inside Automotive web site, Wallace repeatedly assigns the source of linked articles not to the originating publisher, but to an intermediary site (msn.com) that merely reposts it. 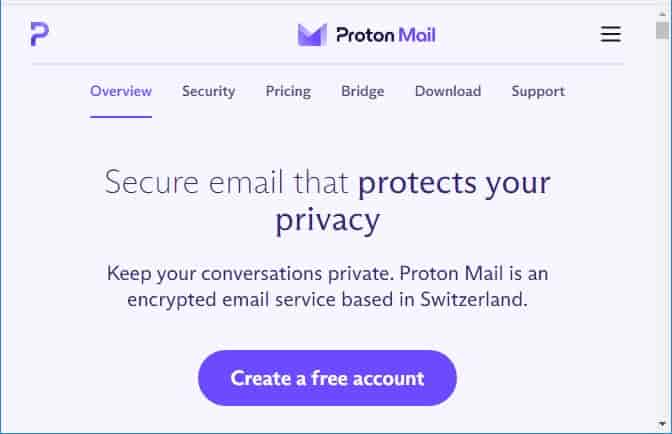 Ed Wallace no longer distributes copies of BOAH. So, Outside Automotive shall step into the void and execute Wallace’s original distribution process. E-mail Outside Automotive with a request and both BOAHs volumes will be e-mailed to you (as PDF files) within a few days.

To conclude, if you have concerns, requests for the books might best be sent from an anonymous e-mail account. One among many vendors, Proton offers free e-mail accounts and does not require any personally identifiable information at sign up. By requesting your copy of BOAH from an e-mail account named with a pseudonym, anonymity is assured even if The Ed Menace receives that e-mail address sometime in the future.